I hope these tips on caring for a chinchilla will help you decide if it’s a good fit for your family. Have you ever wondered about having a chinchilla as a pet? It can be enticing to bring an exotic pet into your family. But, it’s important that you do enough research to understand whether or not they are a good fit. Tips on Caring for a Chinchilla

Chinchillas are prized for their fur, and if you ever touch one, you’ll know why. Their fur is extremely fine and soft, even more so than rabbit fur. If you are interested in a chinchilla for a pet, there are some things you’ll need to know. Here are some tips for caring for a chinchilla.

Unlike some other small, domestic mammals, chinchillas can live up to 20 years (they average about 15). So think in terms of a dog or cat when you consider the chinchilla’s lifespan.

One Chinchilla or Two?

Chinchillas usually do fine when kept alone, but they also do okay when kept in pairs. Just make sure you have two of the same gender so you aren’t overrun with baby chinchillas! Sources say that chinchilla pairs get along best if they are introduced when still babies and grow up together.

Chinchillas are nocturnal, so their main activity occurs at night, or at least in the evening. Because they sleep most of the day, your chinchilla will probably benefit from having its enclosure in a fairly quiet place.

A chinchilla enclosure should allow plenty of space for a rabbit-sized creature. Multiple levels are ideal, so the chinchilla can climb up ramps and platforms. Consider a wire cage that will accommodate the ladders and ramps you’ll want to have. Plastic is too easy for a chinchilla to destroy.

Hardwood bedding or newspaper can be used for the bottom of your chinchilla’s cage. If the cage you’ve chosen has a wire floor, then you’ll need to cover it with thin plywood which is easier on a chinchilla’s feet.

Chinchillas like to take dust baths several times a week, so you’ll need to provide one for yours. Any heavy dish or bowl works, including glass fish bowls. The dust for the bath can be purchased at pet shops.

Place the cage in a cool area of your home, as chinchillas can overheat. Many experts recommend pellets for the store-bought portion of your chinchilla’s diet. In addition, chinchillas need fresh hay each day to munch on. Timothy hay is generally considered best; avoid alfalfa, as its nutritional profile isn’t quite right for chinchillas and may cause infections in its urinary tract.

Water can be given in a heavy dish or bottle. Sources say that a glass water bottle is ideal because the chinchilla’s chewing won’t destroy it. The water should be changed daily.

Chinchillas like and need to chew, so blocks of wood or even branches from trees will work. A running wheel can help your chinchilla get exercise, but it’s best to introduce it when the chinchilla is young. The best kind, say experts, is the sort of wheel that is solid on one side and open on the other, like a sideways bowl.

Learn more about keeping a chinchilla and cats.

14 thoughts on “7 Simple Tips on Caring for a Chinchilla” 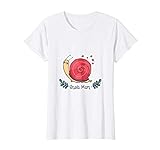 This product was presentation was made with AAWP plugin.